Today's devlog is thicc, and that's because I finally managed to make a few small, but quite important changes:

It took me a few days to figure this out, but after many, many tries of altering the RPG Maker OG script, I managed to code a RenPy-like UI that will give you easy access to all of the most important game functions. What's so great about this new UI is that it will finally allow the display backlog on the Android version of the game (which was one of the most requested functions for the past months). The double finger tap is now disabled for opening the old in-game menu, but it's still required to cancel/close menu tabs.

At time I'm writing this post, there's almost 370+ replies to the recent survey, and to my surprise, over 17% of readers voted in favor to introduce an option to censor CGs (along with a feature to skip sex scenes).

Good news is, the former option is already available and what's more, I managed to program it in the way that it's possible to change it on the fly (the CG will update to the proper version even if you change this setting mid-scene).

A quick note: The CG Gallery (which is currently available to the Patreon version of the game) will keep only NSFW variant of the pictures. 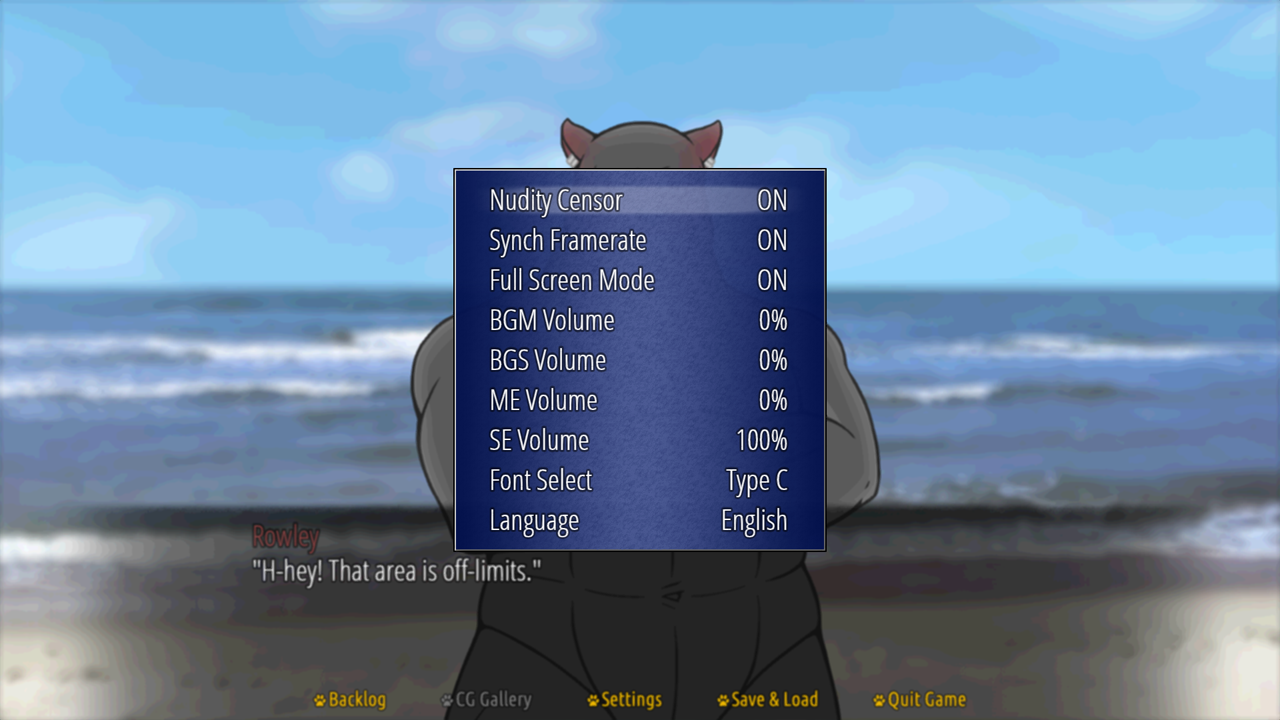 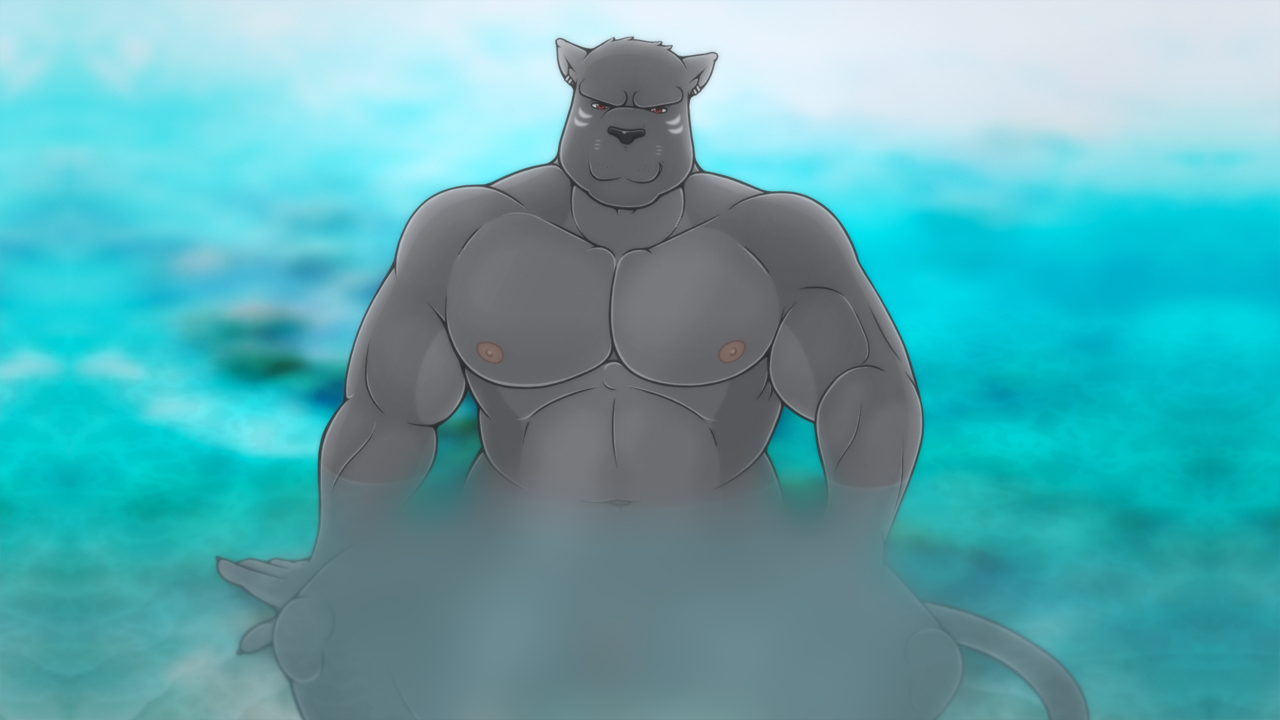 Last but not least, I also found some time to polish Angus's sprite - the changes are rather insignificant (at least on the first glance), but as the saying goes, "the devil is in the details" :)

The next public update v.14.1 (Angus's story, final part of Day3) should be available by the end of the month, so stay tuned~!

Thank you for reading!

Spend a week in the seaside town of Rochelle and follow Welkin, who after six years finally reunites with his friends.

Hi, I am trying to go through the story, but I keep getting black screened then I crash. Is there any way around this? It is never at 1 specific part when it crashes.

Hello. Could you tell me which version of the game you play (platform) and what are the specs of your device? (if Android then which device is it?)

Thank you for your reply. As for PC version, I don't have any good idea what might be the problem here (I suspected not enough RAM, but this definitely is not the case here). I'm curious though if the Web-Browser version will behave in the same way as the application. Could you try it out please and let me know? The link is here.

I have played it all the way up to day 2 and there hasn't been any crashes. Thank you for the help! Love it so far!

I'm glad to hear it then. I'm still unsure what might be the problem with the native application, but if I'll ever think of something, I'll definitely let you know. Until now, thank you for the good news. Please enjoy :D

Oh, this update is pretty good, I wonder if there is Discord channel? Can I join you guys?

Hello. Thank you for playing the game. After Years doesn't have it own discord channel, but I'm a member of the main 'Furry Visual Novel' channel. If you haven't yet, I'm strongly recommend joining it. Link: https://discord.gg/GFjSPkh

Well, technically speaking it's still the same UI, but now it will be possible to reach each of options right away from the main screen (no need to call up an in-game menu, and choose from there). It's a small change, but I hope it helps, especially the Android version readers.

It is still better so i ll take it XD. Good job 😉

I love After years Ɛ>